Ensconced in the Kumaon mountains, wrapped in soft white clouds and guarded by the mighty oaks, this home is a literally a piece of heaven for those who abide here. Welcome to Iris Cottage, the private getaway of two wonderful people, Jyotsna and Rajat Sethi - Jyoti didi and Keetoo mama for me as they are my friend Upasana's aunt and uncle. In fact, it's a happy coincidence that all home tours featured on my blog so far have been from the same family - the first was Upasana's brother, Anuj's pad in LA, then her own in Gurgaon and now the uncle's lovely cottage which interestingly has also been designed by Anuj - with this the family trilogy is now complete!


Located in a small village called Sagarkhet, Iris Cottage is approximately a seven hour drive from Delhi on a day when the traffic gods are favourable. I had the privilege of visiting it around three years ago and remember feeling like I was in an enchanted forest. So I wasn't surprised when Jyoti didi told me that it was Keetoo mama's idea to name the place Iris Cottage thanks to an Enid Blyton hangover that he still carries around - kinda cute for a 50 something guy - but she decided to build the connection further by bringing home a Van Gogh reproduction also titled Iris which she found outside Musée d'Orsay in Paris. This painting is the central focus of their living room and the blue colour scheme of the house flows from it.

You guys are in for a special treat this time because we are going on a tour with the lady of the house herself! So without further ado, I'll step aside and let her do the talking...


"We visited this beautiful and quaint little village in the Kumaon mountains in 1998 when we went on a camping trip with Devika and Nandini (their daughters) who were eleven and eight at the time. We fell in love with the place and talked to some people about buying a little piece of land there, if possible. A couple of months later we got a call and rushed back to purchase the very first plot of land we were shown, no exploring, no bargaining! The only thing we knew was that the plot was in an oak forest on a steep hillside, so steep that is was really difficult to walk down to see it! In hindsight it sounds really stupid but then it was also providence!"


"We did not construct until 2004 because all the architects we met complained about our choice of plot and told us that the only way to build would be to cut down all the trees, flatten the land by razing the hillside and make a gigantic retaining wall. We could then have a cottage on the flattened piece of land which was not attractive to us at all! Anuj was the only one who thought out of the box and had different ideas. We were lucky that he had finished studying architecture and was in the process of applying for his masters in the US. Of course Anuj also thought that the land was a “khadda” (ditch) but took up the challenge of designing a house on that steep piece of land, keeping all the trees intact.
So what we have now is a lovely hill house where the natural contours of the land have been woven into the design of the house and levels, not walls, demarcate the different spaces in the house. The outside of the house and the garden too is in levels and all the beautiful oak trees that were on the land remain a part of the landscape, including two tall evergreen oaks that are at the entrance of the house."

"We knew from the outset that finishing would be an issue since most of the labour available in the hills is unskilled, plus they have their own idea of what looks good and it's difficult to make them understand otherwise. So we planned for the house to have a rough and rustic character. The other big concern was funds since we were working on a shoestring budget. So we had to come up with ideas such as dana (raised spots) in the interior walls which were finished with cheap exterior paint. The floor was done using slate which is really cheap and not a typical flooring material but the effect that it produced was that of stone."


"The dining table and bar is another such innovation, the table top was designed by Anuj and made by the local carpenter using simple cheap board. The bar was made out of left over pieces of wood from doors, windows and cabinets. The louvered doors and cabinet shutters in the house were also made by the local carpenter and served to keep the rustic look of the house and turned out to be cheaper than buying and installing solid wooden doors. The open plan kitchen is deliberately bare but has an interesting assortment of knick-knacks including a tall pepper mill which is my latest acquisition, I also have a pretty decent collection of mortar pestles in different shapes and sizes since I have a particular and peculiar passion for these. My pantry is always stocked with a collection of spices, sauces and other ingredients that help me whip up meals for my foodie family."

"The design of the house is such that retaining walls have been taken into the main structure. For example, the wall behind the bed in the master bedroom is the retaining wall of the hill and is made of natural stone. The bedroom is located on the lowest level and a flight of wooden stairs leads straight to it from the living room. The roof of the bedroom is low and lined with wood, so it remains warm and cosy even on the coldest days."

"We try to go up to the cottage at least once a month to get our dose of the mountains, the crisp air, the deep blue skies and the smell of the oak forest...we love going for long walks along the village paths just to take in the sheer natural beauty of the place. Rajat and I have a passion for birding and we get to see many varieties of Himalayan birds just sitting in our balcony and he spends his time waiting to shoot birds with his zoom lens! A lot of our time is also spent pottering around the house reading and cooking."

So that's all folks! Hope you enjoyed the tour.
And a big thank you to the Sethis for allowing us a peek into their dream home. 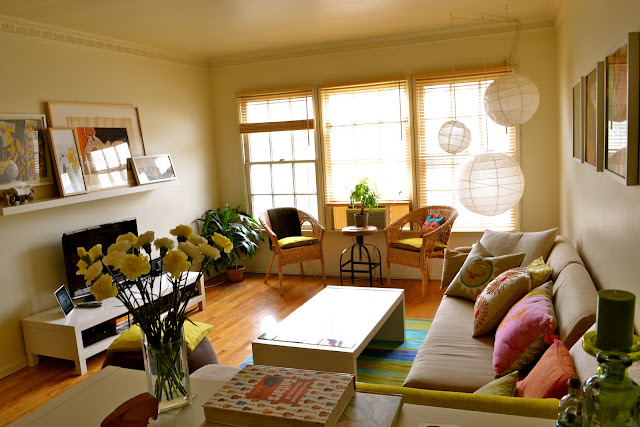 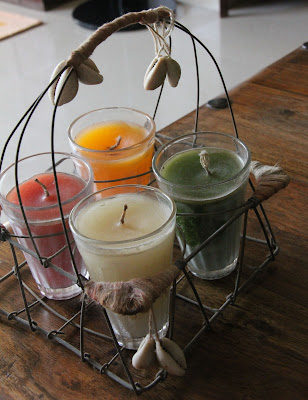 Sahana Singh
Bombay, India
An ex advertising and marketing professional who decided to change paths after ten years of being in the corporate industry; is now a full-time interior designer, blogger, photographer and curator of all things beautiful. Is obsessed with wood, paint, ceramic and coloured glass. Firmly believes that design is everywhere, all you have to do is to allow it to speak to you. This blog is a small attempt to share design ideas and keep the inspiration alive. Hope you enjoy reading it. 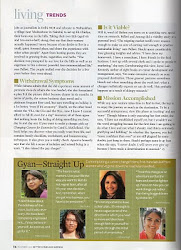 My previous home featured in Once Upon A Tea Time... 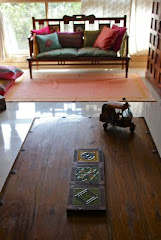 Shops Where I Drop

PLEASE LINK BACK TO THE POST & BLOG IF YOU USE ANY MATERIAL FROM HERE. ALL RIGHTS RESERVED TO PHOTOGRAPHS TAKEN BY ME. PLEASE DO NOT USE WITHOUT PERMISSION.